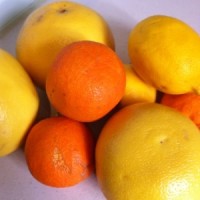 This is the l time of year when marmalade, which  I consider to be the best preserve of all, meets the game of croquet sometimes referred to as the king of games or the queen of sports in the TRIPLE PEEL

MARMALADE  – The best preserve of all

Probably more than any other preserve it offers a such wide range of choices in the  making. The choice of main ingredient can include a huge range of options from all the possible citrus fruits to tomatoes, carrots, plums and pears, apricots and Beryl has a recipe for them all. In addition to the single or combined ingredient, herbs, spices and, not to be overlooked, alcohol such as brandy, liqueurs or sherry may be added.  Find time to go explore some ideas.

Preparing the rind to chunky or course or fine is the final choice.

This year I have made some Seville Orange and Ginger marmalade and decent batch of what I had previously called the Three Fruit Marmalade but which I now refer to as the Triple Peel variety.

CROQUET -The King of games and the Queen of sports

I must explain that in addition to may keen interest in preserves I am also a enthusiastic and ardent croquet player.

In croquet  the TRIPLE PEEL refers to play in which the striker peels a partner ball through three (sometimes more) hoops. It is a skill that I can only aspire to but which the best players can achieve regularly and which advances their game wonderfully.

In switching to use this term for my marmalade I have to thank  to Mary Knapp, an awesome croquet player who, having acquired the recipe, labels her marmalade so. She now supplies her local croquet club with her legendary triple peel marmalade. 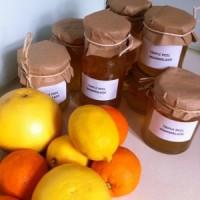 Now on to the labour of love in preparing it to your liking.

Wash fruit, squeeze juice, shred or mince rinds as desired; put pith and pips in muslin bag: put all in bowl of water and stand overnight; put in pan and simmer for 2 hrs or till peel soft; take out muslin bag, squeezing well, add sugar, stirring till dissolved then boil rapidly for 5 minutes or to set. 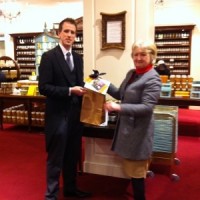 Next off to explore the Fortnums and  Masons food department and hand in my Dalemain competition entry.

Written on February 21, 2015 at 12:43 pm, by Philippa Cardale
Categories: Citrus, Competitions, Get Involved!, Homepage, How to Make It, How-To Guides, Ingredients, Marmalades, Recipes, What to Make, When to Make It, Winter   |   Tags: seville oranges, triple peel