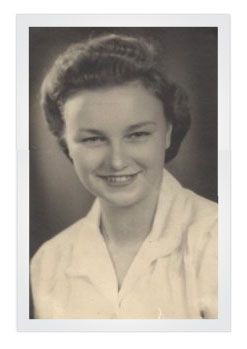 Beryl was always fun and took pleasure in every part of life. She was creative and talented. Gifts always came beautifully wrapped and each time her dining table was handsomely set.

In her latter years she could be seen frequently with a glass in one hand, a cigarette in the other and a Pekinese under her arm.

Beryl Elizabeth Reeves was born in 1923 in Rochester, Kent.

She spent her childhood years in the city where ­her father ran the family furniture business. She had a large extended family and spent many childhood holidays with cousins. From her original autobiographical notes 'She recalls vividly, as a child, being tied into a tree at cherry or plum picking time with a bushel basket suspended below, helping to pick the fruit for marketing and preserving.­­’

At the age of eleven she joined her sister at Lowther College, a boarding school in North Wales and later attended Mrs Hoster’s secretarial college in London.

In 1951, she moved to South Africa and worked for Massey Ferguson before becoming secretary to the pioneering obstetrician Dr Grantly Dick-Read whose work led to the founding of the National Childbirth Trust. At first he had been ridiculed by the medical profession for his views on natural childbirth. His step son Leigh Dick- Read recently wrote:

‘Your Auntie B, was one heck of a woman. My parents were persecuted. They were both autocratic and saintly at the same time .. one hell of a mixture. It took a special Miss Reeves to survive them AND be such a valuable facilitator of the work.’

She accompanied him and his family—Jessica his wife and two step sons and their nanny Sula—on a two year journey through southern Africa. Many of the interesting plights that the cavalcade encountered are set out in ‘No Time For Fear’ the publication written by Dick-Read. It must have been a huge revelation for a young woman in her twenties to take this role and poignant that she is only ever referred to as Miss Reeves in the book.

She returned to England with them and subsequently worked in a variety of jobs. For some years she helped run GC cars, a private car hire firm, entirely run and chauffeured by women and based in a Kensington mews.

During this time Beryl took it upon herself to look after her niece’s white rabbit while the family were on holiday. So it was that Tom Wood, on a visit to a friend in the flat above, spied a white rabbit playing with her Pekingese dog in the basement flat in Kensington and decided it was worthy of an introduction.

Beryl and Tom Wood moved to Cornwall in the early sixties and it was here that she wrote Let’s Preserve It.

Beryl Wood died in Launceston in 1979. 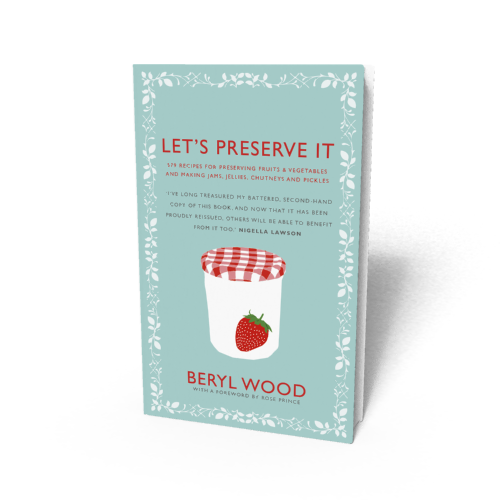 Let's Preserve It is available in both ebook and paperback. Click to buy direct from the publisher.