MINCEMEAT SOUFFLE – PLAYING AROUND IN THE KITCHEN AGAIN

A kick start to my Christmas preparations 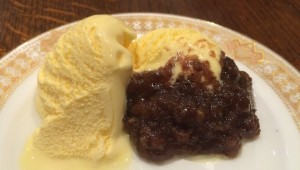 I realised I had been dragging my heels a tad in starting to prepare preserves and fare for Thanksgiving and Christmas and the coming months. Well  I have been a little busy and  it is only the beginning of November after all.

Then a few days ago I was brought up short when someone mentioned that they had had a brilliant Christmas pudding soufflé!

While I mused over the preserves I would need for the coming months, I also started  searching for a souffle recipe, only to  discover that most included a chunk of cooked Christmas pudding as one of the ingredients. Now that seemed a rather a waste of good pudding.

Then I remembered that there was a large Kilner jar of mincemeat from my effort last year with Beryl’s easy recipe and it had been at the bottom of a fridge since last November – with the sugar and brandy preserving away.   Homemade mincemeat So with that, I started playing around in the kitchen with some mincemeat. 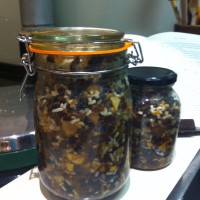 From a number of recipes I decided that Delia (who by the way boasted the she has in the past kept her mincemeat for three years) had what appeared to be the most straightforward recipe for mincemeat souffle. It was fairly rich and delicious and the only additions I decided to make was a tad more lemon and served up brandy butter or cream. 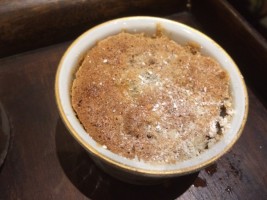 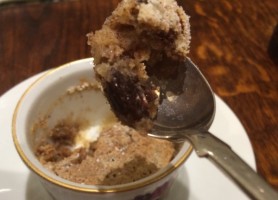 For overseas readers Delia Smith is an English treasure/celebrity cook and a stalwart and major  shareholder of a football club (such a great combination).

So once again, mincemeat is not just for mince pies

and now try the following

APPLE AND MINCEMEAT STRUDEL – add a fine layer of mincemeat over the length of the apples before rolling up the filo pastry.

BAKED APPLES – after coring the apples ladle a spoonful of mincemeat into the centre and top with a blob of butter. Place in an oven dish with a little water for about 40 minutes.

MINCEMEAT AS AN ICE CREAM TOPPING – – blitz the mincemeat in a blender (adding a little water to your liking), heat in the microwave or on the hob and serve with vanilla ice cream

Written on November 13, 2015 at 10:03 am, by Philippa Cardale
Categories: Christmas, Get Involved!, Homepage, How to Make It, Preserves, Puddings, Recipes, Thanksgiving, When to Make It, Winter   |   Tags: Christmas, mincemeat